A Big Rat, A Princess, and A Fairy

A short pudgy boy held his long slender gray tail and struggled to fit through the swinging doors of the high school entrance, but he made it and didn't even drop his math book in the process. He smiled and wiggled his whiskers at a princess dressed in a flowing butter colored gown. She didn't even notice him. Instead, she laughed loudly with her friends and waved her wand in the air.

The rat waddled away alone.

But, the princess' head did turn and she stopped talking momentarily when a tall brown-haired boy bumped into her. He apologized and explained he didn't see her because he needed to reach an itch between his wings. She offered to help. He turned, and the princess gently scratched underneath and then in between his translucent sky blue fairy wings. His body posture relaxed as the princess reached just the right spot. He thanked her and fluttered off to his next class. The princess smiled and caught up to her friends.

It's been "Spirit Week" at my kids' high school this week. And, the above story is mostly true. It was the scene I witnessed yesterday when I dropped my son off to school. He chose not to dress up yesterday, but a lot of kids did dress up in a "fairy tale" costume of sorts. Ha. It was pretty funny. I might have to figure out either a way to incorporate the scene into my work in progress or use it as a starting point for a fun fantasy. HA. Could you imagine? Monday was "neon" day; Tuesday was "hat" day; Wednesday was "fairy tale" day; Thursday "sports" day; and I don't know what tomorrow is, because I only take it one day at a time watching my daughter dress up and fully participate. My boys aren't as interested (with the exception of hat day). 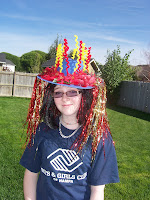 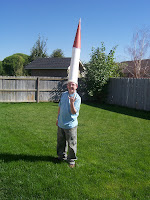 Did your high school (or your kids') ever have dress up days like this?