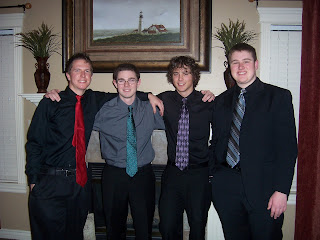 My 17-yr-old son is in Washington DC this week. I miss him! I *think* he is having a good time. He is a man of few words. He texted twice on Monday after I dropped him off curbside at the airport.

My husband said, "Hey - at least you know where he is!"

Tuesday morning my son texted at 6:15am (Idaho time) and said his body clock was messed up. We texted back and forth for a couple of minutes, and then no texts from him since then. I was REALLY hoping he'd text me a picture of him standing in front of a monument. Nope.

I asked my husband, “Do you think he’s still alive?” Can you imagine my husband’s response to me?

Last night I received a voice mail from my son saying, “Dad said I had to call you and let you know that I might still be alive. Love you.”

At least, I think it said “love you” at the end … my daughter thought it sounded like “gotta go” … Dang. Who knew I could love a teenager so much?