VOTE for your favorite NAME! 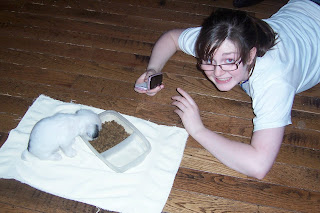 Especially if you compare him to our giant dog (part Newfoundland, part Golden Retriever) named Black Sabbath (the animal shelter named him, fyi). 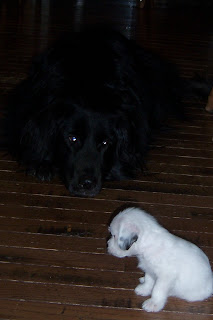 So, we're having trouble agreeing on a name for the new puppy (part Maltese and part Beagle).  We'd like the name to be the opposite of big black Sabbath.  We Googled the "opposite" and one of the answers was Bon Jovi. Ha. Ha. Ha. Now, I'm a fan of Bon Jovi, but that was funny. But along those terms, if you're looking at it in a music sort of way, wouldn't Rascal Flatts be the opposite? We could call the puppy Rascal. Right? Well, wrong, because we don't all agree on the name.

Help us out and vote for your favorite name for the puppy: 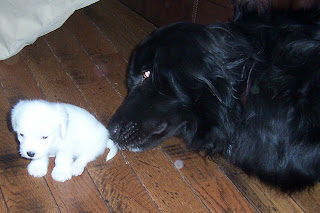 ﻿And, this little puppy is not even afraid of Sabbath. This morning, he chewed on Sabbath's paw. Sabbath just stared at him, and then nudged him with his nose.