Well. So, I've neglected my blog posts and blog hopping, because I've been distracted by my MRI results.

I have a 12mm Pineal Gland Cyst in the middle of my brain (top red arrow). It has calcification on one side which could be a tumorous nodule. There's also a black spot (second red arrow) that could be something (tumor), but they need to recheck it. And, then there's the cavum septum pellucidum at vergae (thought you'd appreciate the correct term) which is merely an "incidental" finding with no significance, according to everyone medical who's talked to me so far. But, it does make a pretty picture of a butterfly in my head (bottom red arrow). Supposedly, everyone has the "wings" of the butterfly in their head, but only a small percentage has the "body" of the butterfly. There are only guesses as to why. Personally, I think it's because I've always been an overachiever. There were some other findings as well ... but disagreement as to the meanings. So, far I've seen three doctors, and I have a phone consultation with a Los Angeles neurosurgeon next week. 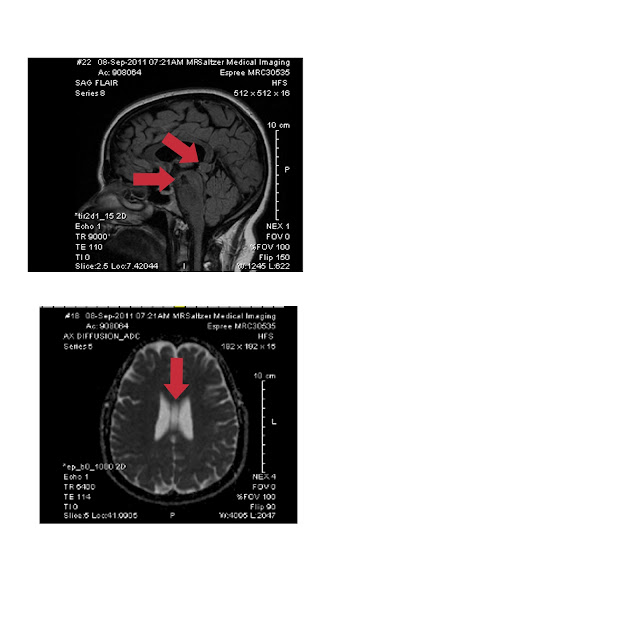 Once I get my head screwed on straight (literally and metaphorically), I will be back to regular blog posts about writing, blackberry picking, reading, and other fun things. So, please do check back. I won't remain mired in confusion and frustration forever.