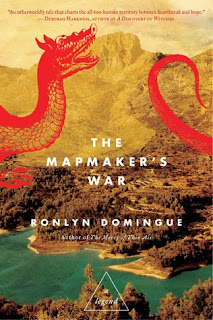 The premise thrilled me, and I was so excited to read this story, but when I opened to page one and discovered that the story was written in second person, I groaned. And then I noticed there were no quotation marks for the dialogue. Sigh.

Which made me ask myself, "Am I merely a consumer or am I a connoisseur?"

Here's a post I wrote a year ago on that very topic: http://margokelly.blogspot.com/2012/03/consumer-or-connoisseur.html

If I'm a connoisseur, I should be able to enjoy the writing style and appreciate the unique quality. But if I'm a consumer, I won't want to put the effort into it.

Because the truth of the matter is, the general reading public is used to first person and third person narratives, not to mention quotation marks, dashes, and tags. Most people read to escape, read for pleasure, and read to imagine worlds unknown.

This is a small book: 223 pages with the text only filling 4x7 inches on each page. So I expected to read it in hours, but instead, weeks passed before I finished the book. It honestly took me half of the pages to fall into a groove with the second person narrative. Once I did, the pages turned quickly.

I still feel strongly that the book could have gone deeper and explored more of the main character's life if it had been written in first person or third person. I always felt like an outsider looking in. I never felt enveloped by the story. And to cover an entire lifetime in a mere 223 small pages seemed inadequate.

When asked why she wrote the story in second person, Ronlyn Dominque replied:
"First, Aoife wanted it that way. I’m being literal here. Once the writing began, after years of thought and waiting, she was insistent about how the story would be told. For me as a writer, characters have their own minds and wills, and it’s best if I respect both. But second, the point of view works for this particular story. She’s speaking to herself, writing to herself. Most people have the experience of talking to themselves in second person. “You did ____.” “You are _____.” “You should _____.” Aoife takes herself beyond confession—which is the effect of first person’s I—and enters a place of inquiry and reflection."

Here's the description that won me over:
"This will be the map of your heart, old woman. In an ancient time, in a faraway land, a young woman named Aoife is allowed a rare apprenticeship to become her kingdom's mapmaker, tasked with charting the entire domain. Traveling beyond its borders, she finds a secretive people who live in peace, among great wealth. They claim to protect a mythic treasure, one connected to the creation of the world. When Aoife reports their existence to her kingdom, the community is targeted as a threat. Attempting to warn them of imminent danger, Aoife is exiled for treason and finds refuge among the very people who had been declared her enemy. With them, she begins a new life surrounded by kindness, equality, and cooperation. But within herself, Aoife has no peace. She cannot share the grief she feels for the home and children she left behind. She cannot bear the warrior scars of the man she comes to love. And when she gives birth to their gifted daughter, Aoife cannot avoid what the child forces her to confront about her past and its truth. On this most important of journeys, there is no map to guide her. In this tale -- her autobiography -- Aoife reveals her pain and joy, and ultimately her transformation.
The Mapmaker's War is a mesmerizing, utterly original adventure about love and loss and the redemptive power of the human spirit. Watch for its epic sequel, The Chronicle of Secret Riven, in 2014."

What do you think? Do you prefer first person, third person, or second person? Does it matter to you?