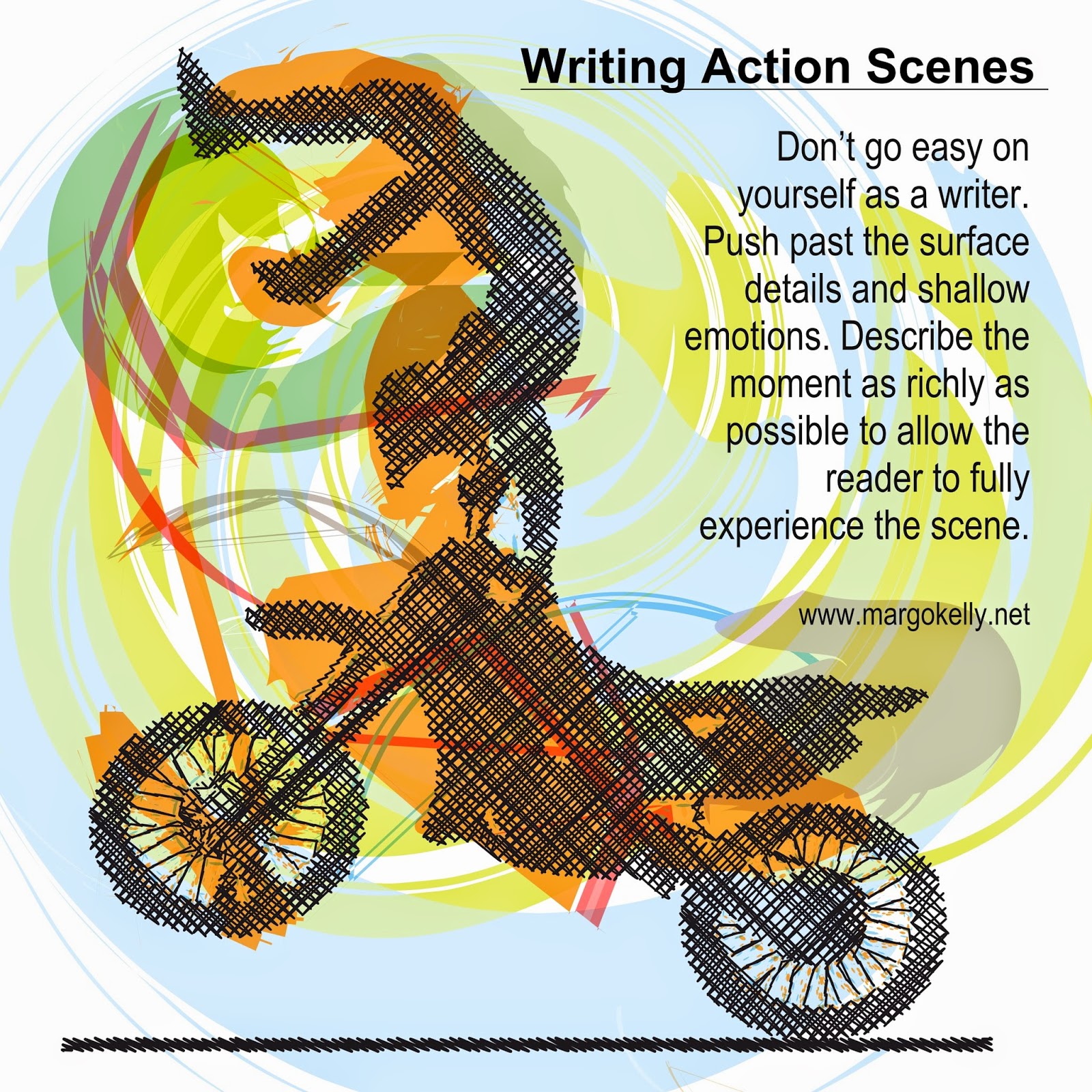 Often times as writers, we rush through an action scene. It happens so quickly in our mind’s eye that our fingers can’t write it out fast enough. However, these five tips will help improve the action scenes in your manuscript:


1.      Develop the Protagonist Beforehand: When readers are invested in the well-being of a character, they’re more likely to hold their breath as that character fights (literally or figuratively) through an action scene.


2.      Develop the Antagonist: Likewise, when a reader believes in the evil capacity of the antagonist, then the reader will fear the villain who is committing the action more than the action itself.


3.      Convince the Characters: If an action scene is a bit hard to believe, don’t try to convince the reader; instead, convince the characters of the reality of the situation.


4.      Break the Scene into Four Still-Shots: Imagine a photographer at the scene of the action. Which of his photographs (still-shots) would be the four most important ones?


5.      Improve Those Four Still-Shots: Really explore those images. What are the small sensory details that are only noticed upon closer examination? What is your protagonist feeling in each of those still-shots? Don’t go easy on yourself as a writer. Push past the surface details and shallow emotions. Describe the moment as richly as possible to allow the reader to fully experience the scene.
Take your time with this process. In order to give the reader the fullest experience possible, we need to go back and revise not only that one action scene, but also the details of the manuscript leading up to that scene. The result will be worth the effort.