As a writer, it's essential to read books within your genre, but it's also important to read a wide range of books. I write thrillers for the young adult audience, but I love thrillers in general. So when I was offered a free copy of THE NEWSMAKERS to read and review - I jumped at the opportunity. Lis Wiehl is a NYT Bestselling Author, and this book did not disappoint! My full review is at the bottom of this post. And the fact I received the book for free in no way influenced my review. 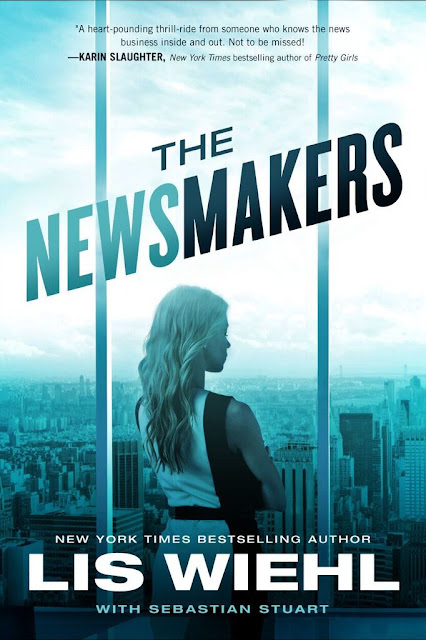 TV reporter Erica Sparks has become a superstar overnight. But is it due to her hard work and talent? Or is she at the center of a spiraling conspiracy?

Erica Sparks is a beautiful and ambitious reporter who has just landed her dream job at Global News Network in New York. And while it was hard to leave Jenny, her cherished eight-year-old daughter, in the custody of her ex-husband, Erica is determined to succeed in the cutthroat world of big-time broadcasting. She can only hope her troubled past won't come back to sabotage her dreams.

Although the wounds from her divorce are still fresh, Erica can't deny the chemistry between her and her new producer, the handsome and empathic Greg Underwood. But a relationship is the last thing she wants right now.

On her very first assignment, Erica inadvertently witnesses -- and films -- a horrific tragedy, scooping all the other networks. Mere weeks later, another tragedy strikes -- again, right in front of Erica and her cameras.

Her career skyrockets overnight, but Erica is troubled. Deeply. This can't just be coincidence. But what is it?

Erica will stop at nothing to uncover the truth. But she has to make sure disaster -- and her troubled past -- don't catch up with her first. 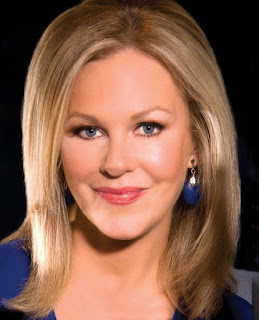 Author Bio
Lis Wiehl, author of The Newsmakers, is the New York Times bestselling author of over a dozen novels. She is a Harvard Law School graduate and has served as a federal prosecutor in the state of Washington and as a tenured faculty member at The University Washington School of Law. She is currently a popular legal analyst and commentator for the Fox News Channel.

My review of THE NEWSMAKERS:

The first thing I noticed on page one was the story was written in third person present tense. I cringed, because I have a harder time settling into the fictive experience when a story is written in present tense. This is my own personal bias, and I never hold it against an author. While reading THE NEWSMAKERS, I was highly aware of the present tense for the entire story.

While the plot was pretty obvious from the blurb, the story was well written and I enjoyed  reading along to see how the events would play out. There were no surprises along the way, plot-wise, but there were a few choices made by the main character, Erica, that surprised me. I love to be surprised.

I really enjoyed the secondary characters that Erica worked with at GNN, but some of the character development felt like it was delivered to me on a newsfeed with just the facts. There were also times where I felt like I was reading the logs of a GPS: "They take off, heading up Route 959. ...They pass under the Dolphin Expressway and turn west on Perimeter Road. ... They turn right on Milam Dairy Road, which turns into NW Seventy-Second Avenue." (page 326 of the Advance Reader's Copy)

Overall, it was a great read. I enjoyed it, and I'd recommend it to book clubs. There are plenty of great topics for discussion within the pages of this story!

And in case it matters to you: the story had no sex, foul language, or significant violence.

My favorite line from the book: "Erica faces the bitter irony that she, who is so committed to finding the truth, may be undone by her own sin of omission." (page 288 of the ARC)