STOP. THINK. CONNECT. – designated by President Obama as the national cybersecurity education message – is simple, actionable advice that everyone can follow to stay safer and more secure online.

History of STOP. THINK. CONNECT.
In 2009, the National Cyber Security Alliance and the Anti-Phishing Working Group convened an unprecedented coalition of 25 companies and 7 government agencies, including the Department of Homeland Security (DHS) that leads the campaign in the federal government. Working by consensus, this multi-stakeholder group conducted research and message testing with U.S. consumers, resulting in the creation of the message STOP. THINK. CONNECT.

Key Accomplishments
Launched on October 1, 2010 in conjunction with National Cyber Security Awareness Month, the STOP. THINK. CONNECT. campaign marked its fifth year in October 2015 and is the core, leading message for the month. The campaign has achieved unprecedented success including:

• Signing 315 partners through stopthinkconnect.org, including nonprofits, government agencies,
businesses of all sizes and academic institutions, that co-brand with the campaign and disseminate
the message. In addition, DHS has 262 partners in its campaign – bringing the total number of
partners committed to sharing cybersecurity awareness across the country and around the world to
577.
• Creating and distributing broadcast PSAs and videos produced by DHS and other federal agencies.
• Developing a library of more than 100 downloadable online safety resources which are available
free of charge, including materials translated into five languages.
• Ongoing, robust social media initiatives using #ChatSTC which have engaged more than 31 million
users over a five year period.

International Impact
STOP. THINK. CONNECT. Around the world, the global commitment to communicate and highlight safe cybersecurity practices is in large part due to the international reach of STOP. THINK. CONNECT., which launched its worldwide initiatives in 2011.
• The campaign has impacted millions of digital citizens worldwide through collaborative public- and private-sector efforts and expanded its roster of partners with its simple but increasingly vital message.
• Complete translation of the website into Japanese: http://stopthinkconnect.jp/.
• Integration of STOP. THINK. CONNECT. in Spanish (Para. Piensa.Conectate.): http://cibervoluntarios.org/parapiensaconectate/ .
• STOP. THINK. CONNECT. has partners in Canada, Australia, Panama, the European Union, India, Japan, Mexico and other countries and regions.

Resources and information about the campaign can be found at stopthinkconnect.org


And - remember to utilize the novel, WHO R U REALLY?, in your cybersafety discussions. Industry experts have recommended it as a great resource for helping youth and parents understand the dangers of the predators on the Internet. Available from all major booksellers.


"This book is sure to spark a dialogue between parents and teens..." The Idaho Librarian - review of WHO R U REALLY?. 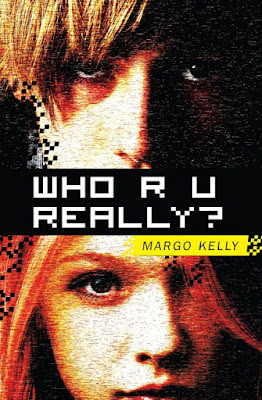