With all the turmoil in the world, let's take a minute to enjoy something sweet. 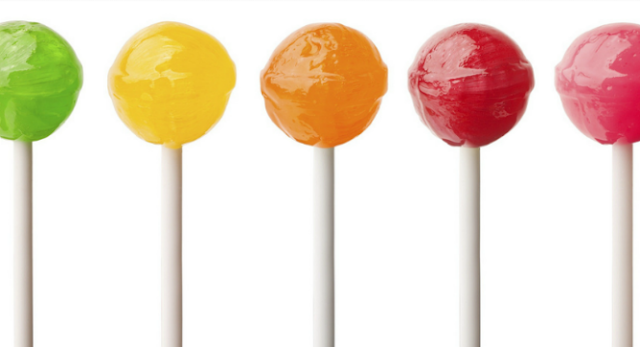 
Here are a few interesting tidbits (according to my brief research) about the sweet treat:

In 2012 See's Candies made the world's largest lollipop weighing in at 7000 pounds.

The true origin of the candy on a stick is debatable, but many give credit to George Smith, who trademarked the name lollipop in 1931. It's believed he named the candy after a horse he admired.

There are some "adult only" lollipops that contain various ingredients such as alcohol, dietary aids, and INSECTS. Blech.

In 1939 the Wizard of Oz movie introduced us to the Lollipop Guild.

In 1969 Tootsie Roll gave us the commercial asking, "How many licks does it take to get to the center of a Tootsie Pop?"

But of course the best thing about National Lollipop Day is this video with Shirley Temple singing, "On the Good Ship Lollipop":