Today's a great day to be a reader, and I'm happy to be participating in a blog tour to celebrate the new book, SCAVENGER OF SOULS! My full review is at the bottom of this post, AND there's a giveaway - so be sure to scroll down for everything! 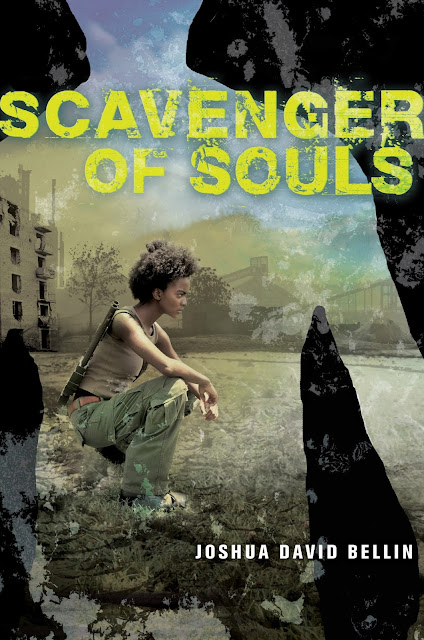 Querry Genn is running out of time. He may have saved his survival colony and defeated a nest of the monstrous Skaldi, but that doesn’t mean he has any more answers to who he is. And Querry’s mother, Aleka, isn’t talking. Instead, she’s leading the colony through a wasteland of unfamiliar territory. When they reach Aleka’s destination, everything Querry believed about his past is challenged.

In the middle of a burned-out desert, an entire compound of humans has survived with plenty of food and equipment. But the colonists find no welcome there, especially from Mercy, the granddaughter of the compound’s leader. Mercy is as tough a fighter as Querry has ever seen—and a girl as impetuous as he is careful. But the more Querry learns about Mercy and her colony, the more he uncovers the gruesome secrets that haunt Mercy’s past—and his own.

With threats mounting from the Skaldi and the other humans, Querry must grapple with the past and fight to save the future. In the thrilling conclusion to the story that began with Survival Colony 9, Joshua David Bellin narrates a tale of sacrifice, courage against overwhelming odds, and the fateful choices that define us for a lifetime.

Tantalizing mysteries abound among the human and inhuman inhabitants of the bleak landscape, and the post-apocalyptic plot is satisfyingly full of twists.—Booklist

Set in a gritty post-apocalyptic world, Survival Colony 9 is both an adventure and an exploration of what it means to be human.—Margaret Peterson Haddix, New York Times bestselling author of the Missing Series 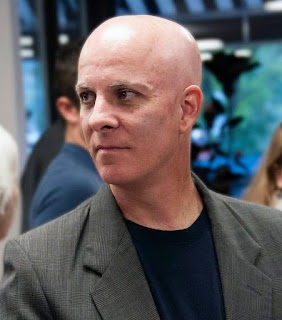 Joshua David Bellin has been writing novels since he was eight years old (though the first few were admittedly very short). He taught college for twenty years, wrote a bunch of books for college students, then decided to return to fiction. Survival Colony 9 is his first novel, with the sequel, Scavenger of Souls, set to release on August 23, 2016. A third YA science fiction novel, the deep-space adventure/romance Freefall, will appear in 2017.

Josh loves to read, watch movies, and spend time in Nature with his kids. Oh, yeah, and he likes monsters. Really scary monsters.

To find out more about Josh and his books, visit him at the following:


My Review of SCAVENGER OF SOULS:

If you have read Survival Colony 9, you must read Scavenger of Souls! And if you have not read Survival Colony 9 – what are you waiting for? Both books are fantastic, and Scavenger of Souls did not disappoint as a sequel. It picked up the storyline with Querry Genn and his quest to learn more about his past, but the journey is far from an easy one.

Joshua Bellin has an amazing talent for building worlds, developing characters, and devising an intricate plotline.

Bellin created a desolate setting, which Querry must traverse to save himself and his friends while fighting the Skaldi. In Scavenger of Souls, there were some new plot elements, some new characters, and some old issues resolved. As Querry learns more and more about himself and about the world he lives in, he realizes “Answers aren’t always true … and the truth isn’t always the answer you want” (page 8).

“It felt like the nervous energy that comes from staying up too many nights in a row, that feeling of hypersensitivity all along your scalp and pressure building behind your eyeballs.”

“The sky had turned the color of a day-old bruise, reducing the glow of the black desert to a dull gleam like burnished metal.”

I recommend both Survival Colony 9 and Scavenger of Souls. Plus, the great news is - if you’ve not already read the first book, you can read it now and go immediately into the second book with no wait in between! YAY for books. And YAY for Joshua Bellin and his terrific novels.

Be sure to enter the giveaway: