Whew! I just finished reading a terrific new book from Steven Parlato. I'm excited to share my review (scroll down to read it at the bottom of this post) AND to share a giveaway for an Advance Reviewer Copy (gently read by me). YAY for books! 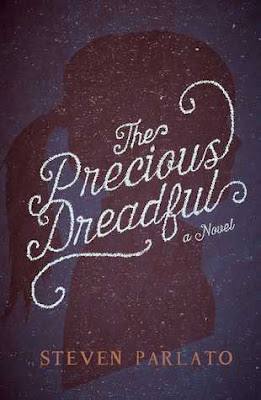 
Description from the publisher:

When she joins SUMMERTEENS, a library writing group, she’s only looking to keep herself busy, not go digging around in her subconscious. But as she writes, disturbing memories of her lost childhood friend Corey bubble to the surface, and Teddi begins to question everything: her friendship with her BFF Willa, how much her mom really knows, and even her own memories. Teddi fears she’s losing her grip on reality—as evidenced by that mysterious ghost-girl who emerges from the park pool one night, the one who won’t leave Teddi alone. To top it all off, she finds herself juggling two guys with potential, a quirky new boy named Joy and her handsome barista crush Aidan, who has some issues of his own.

As the summer unfolds, Teddi is determined to get to the bottom of everything—her feelings, the mysterious ghost-girl, and the memories of Corey that refuse to be ignored. 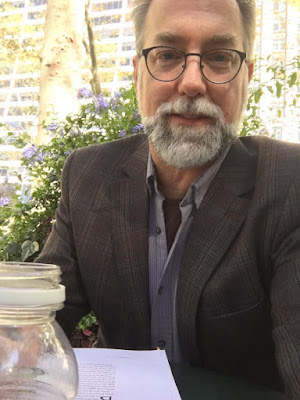 About the author:
Steven Parlato

Award-winning author and poet, Steven Parlato, has work in Freshwater, Peregrine, and other journals. Upon the release of his YA debut, The Namesake, by Merit Press in 2013, Publishers Weekly called Parlato “a name to watch.” A college English professor (with a giraffe-filled office), illustrator, and actor, Steven has played roles including the Scarecrow, Macbeth, and the Munchie Mania Guy in a Friendly’s training film. He lives in Connecticut with his wife, two teens, and a Binks-like cockapoo. Follow Steven online at StevenParlato.com and on Twitter @ParlatoWrites.


Enter to win an ARC (an Advance Reviewer Copy, not for sale, a collector's item!)
of THE PRECIOUS DREADFUL!!

In THE PRECIOUS DREADFUL, Steven Parlato paints settings and portrays characters with poetic language that lures the reader with each rhythmic phrase.

Before opening this book, I wondered if a male author could write an authentic teenage girl as a main character. Well, Steven Parlato certainly did with Teddi Alder in THE PRECIOUS DREADFUL. From page one, Parlato brought Teddi’s character to life with a distinctive, feisty voice of her own. For example, Parlato wrote, “Everything about me is halfway. Five-six, I’m stalled between jockey-little and catwalk-tall. Sophomore year ended yesterday, so I’m officially midway through the obstacle course called high school. I’m also half a virgin. So.” (page 1) There was only one spot in the story where I was pulled from the fictive experience, and that was when Parlato wrote, “I can’t believe I’m saying this—she is indeed, boner-worthy.” (page 47) Yeah. I couldn’t believe she said it either. I can’t recall ever hearing a female say that. But hey, other than that, I was completely enthralled by Teddi’s voice and Parlato’s writing.

The plot of THE PRECIOUS DREADFUL kept me engaged and curious to find out what was going to happen next. I was invested in Teddi, and I wanted her to solve the mystery of the ghost and the mystery of her lost memories. When she did solve them, I was both awestruck and heart broken. I’d grown to love Teddi, and I didn’t want her to hurt. Parlato did an excellent job sinking his writerly teeth into me and never letting go.

Parlato certainly pulled no punches when exploring uncomfortable situations. He pushed the characters (and the reader) right to the edge and made us feel all the feels. Along with that, there was a variety of cussing spattered throughout, including the F-word, but not enough to make me cringe or turn away.

THE PRECIOUS DREADFUL by Steven Parlato is an engaging mystery with compelling characters and an intriguing plot. I highly recommend it.


Here are some of my favorite lines from the book:

“Rather than the intended comfort, his remark thwacks a dollop of disappointment atop my plate of unease.” (page 43)

“I’m the one mistake my mother didn’t make repeatedly.” (page 47)

“…the most prized writer traits are ‘fearlessness and fertility.’” (page 65)

“Then, a havoc of wings and water, a squad of Canada geese land, paddlefeet churning the slime. Skimming in bowling-pin formation, they patrol; their calls are mechanical, more bark than birdsong.” (page 167)

“The moon is a dirty fingernail; it rips a hole in the black fabric sky.” (page 268)

“We can talk to one another without the echoes of past arguments interrupting.” (page 334)


[I received an early copy in exchange for an honest review. This in no way influenced my opinion.] 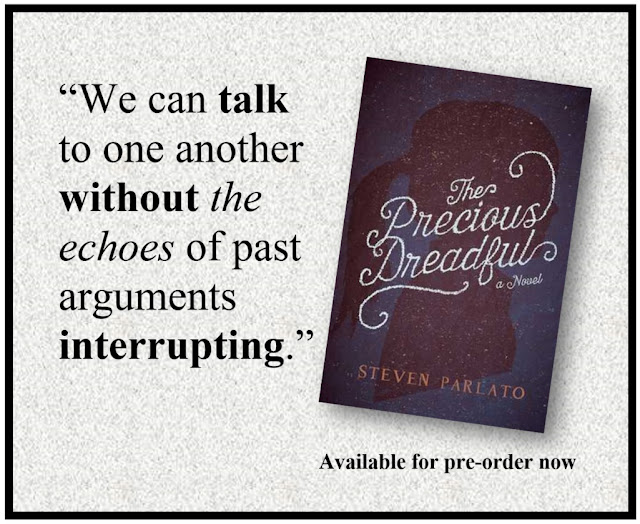 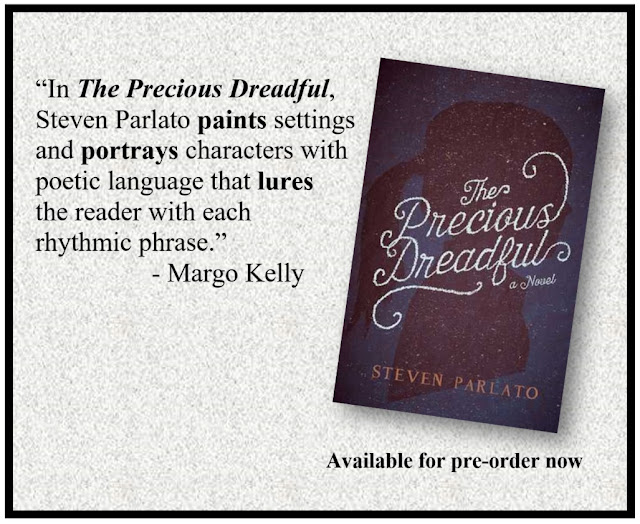 You can pre-order your copy of THE PRECIOUS DREADFUL now on Amazon.