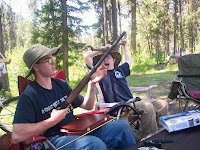 They're saying on the news this morning that kids today have no relationship skills and that they've become calloused toward violence.  The sheriff of Broward County, Florida, says that when he was a kid his dad told him "you don't hit girls" and that when he was a kid they didn't text each other.  There's no interpersonal relationships anymore, so it's easier for the youth of today to be violent toward each other.  They also had a "bullying" expert on during the same report. She said that there is an absense of relationship skills and it's not fair to expect families to teach this because they're not doing it. Schools should be teaching relationship skills to kids.
Okay... Really? I could spend the entire day researching the actual documented statistics on this topic. I find it THAT interesting. However, I already have a to-do list for the day, and there's no space to add another item. However, I do have a few minutes to google the topic.
First let me clarify by saying, my heart goes out to the victims of crime. I'm not mocking or minimizing the problem. I'm addressing the statements made above on the news this morning. I don't think the teenagers are the sole source of the problem.
So, here goes:
Let's start at the top. If I had to guess, I'd say the sheriff is in his late 50's early 60's which means he was a teenager in the 1960's. Okay. Off the top of my head, I think of "free-love," drugs, hippies, and the Vietnam war. But, when I attempt to do a quick google search for teenage violence statistics during that time period, I came up blank.
However, I did find this:
Bashing Youth
Media Myths About Teenagers
By Mike Males
"Why are adult contexts, common to media reports on youth prior to the 1970s, only rarely cited today? Because that would prevent adolescents from serving as the latest scapegoats for problems that affect society in general.
"And there is a subtler reason: The interests circulating negative images of teens want the source of malaise located within youth, where it can be "treated" by whatever solutions the publicizing interest groups profit from, rather than in unhealthy environments whose upgrading will require billions of dollars in public spending. Thus short-term political and corporate profit lies not in fixing environments, but in fixing kids."
http://www.fair.org/index.php?page=1224
I think this article clearly states how I'm feeling about the topic. Instead of bashing and blaming the youth of today, we should hold the adults more accountable. It IS the responsibility of the parents to raise their children. I understand the whole "it takes a village" concept, and I support that idea. However, too many adults are too quick to blame the youth of today for problems that they are actually victims of rather than the source of.
The youth of today are AWESOME. Yah, sure there are a few that I'd like to whack upside the head when they make silly choices. But, hey... making dumb choices is a part of being a teenager. Part of growing up and figuring out who you are. We all went through it.
Yes, the few violent exceptions will be the ones focused on in the media. But, the bottom line is: the youth of today are AWESOME! They deal with so much more than we ever did and they are handling it valiantly.
Kids of today are not any different than they were when we were teenagers. Their environment is different. With our support and guidance, the majority of today's teenagers will be just fine. Let's give them some positive feedback. Not all this media hype of how "calloused" and violent they are today.