Hold on to the seat of your pants, people!! ANOTHER book give away! HOLY SMOKES!

Today, I am featuring an interview with author Sara J. Henry. Her exciting new book, LEARNING TO SWIM comes out later this month! 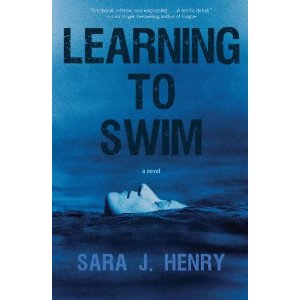 Description from Amazon & Booklist:
When Troy Chance spots what she thinks is a small boy being tossed off the back of a passing ferry, she instinctively jumps into the icy waters of Lake Champlain. She rescues the youngster and discovers that his arms were bound with an adult sweatshirt. He’s incredibly frightened, speaks only French, and won’t tell her what happened. Troy determines that she will keep him safe rather than turn him over to the police. When he finally begins to confide in her, he tells a bizarre tale of being kidnapped, hearing his mother murdered by gunshot, and then being held for months. As Troy tracks down the boy’s father, she begins to question whether she will be able to let him go, since he has unleashed within her a maternal instinct she had no idea she possessed. 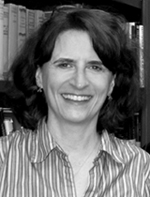 Sara J. Henry has been a soil scientist, sports writer, corresponding writing school instructor, book editor, freelance writer, magazine editor, bicycle mechanic, and webmaster. Her first novel, Learning to Swim, has been called “emotional, intense, and engrossing” by Lisa Unger and “an auspicious debut” by Daniel Woodrell. You can read the first chapter here.
I had the opportunity to ask Sara a few questions, and of course, I asked "writerly" questions.  Here's the interview:

1. You mentioned that you found your agent, Barney Karpfinger, on the acknowledgment page of a John Lescroart book. Was Karpfinger the only agent you queried? Can you describe that process of getting your agent a bit more?

I'd initially queried one other agent with this manuscript, and when I decided that person wasn't right for this book I went straight to my BEST AGENTS FOR MY BOOK list and sent out a batch of queries, Barney’s among them. Surprisingly, this part of the process went blindingly fast (mind you, I rewrote and polished the manuscript like mad first) - every time I sat at my computer requests for full or partial manuscripts were coming in. Then several offers followed, Barney's among them - I let the other agents know I had offers on the table; I met with Barney, decided, and signed. He really was perfect for me and for my book, and I’m well aware of how extraordinarily lucky I am.

2. If you could go back in time and tell yourself something you know now that you wish you would've known during the writing and editing phase of this book, what would that advice be?

That you can do it, even if you feel that your brain is going to break and this seems that it must be the stupidest book ever written. I’ll quote my friend Michael Robotham here: “It's like sleeping in a two-man tent with your best friend for a year. And it doesn't matter how good a friend they are, you're just so sick of them by the end of that process...” Although I’ve heard him tell the story when it’s a beautiful woman in the tent.

3. Was there an event or person that inspired this story? Who? What? And if not, how did this exciting plotline come to be?

I'd lived in Lake Placid and worked there as a sports editor and freelance writer, much as my main character, Troy Chance did. I was visiting the area and driving along the shore of the huge Lake Champlain on a cold and misty day and for some reason envisioned a woman standing on the deck of one of the ferries and seeing a child fall into the water from the other ferry - and then diving in to rescue him. Then I had to figure out how to write an entire book around that one scene. (I also had to figure out how to write a book in the first place, but that's another issue.)

4. Is there anything else you'd like us to know about you and/or your book?

I can beat Scott Phillips at arm wrestling. Or almost, anyway. And the sequel to this book will be out next year.

Thank you Sara for the interview. AND, a huge thanks to Sara for giving away an ARC of this book! Simply leave a comment on this post by midnight 2/10/11, and a winner will be selected at random. Sara will mail the book directly to you! YAY!