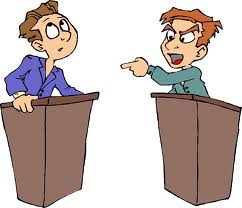 As many of you know, I have had a blast this school year judging high school speech and debate competitions. I can't remember if I told you or not, but my son (a junior) qualified for state competition (but was eliminated there after a couple of rounds), and my daughter (a freshman) was first alternate for the state competition. She traveled there with the team hoping (don't judge!) that someone would get sick and drop out so that she could compete. Well, sadly (seriously, don't judge!) no one got food poisoning, and she did not get to compete. BUMMER! But, still cool that a freshman came so close when competing against mostly juniors and seniors.

Anyhow, our high school had an awards night for the speech and debate team. Both my kids earned a Varsity letter (I didn't even know they could do that!!), and my son was voted #1 novice by his peers. 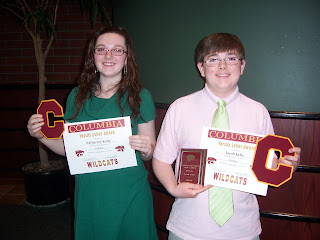 Now, being voted #1 by his peers is much huger than it appears at face value. This is my child that I had to pull out of public school because he was coming home with massive headaches every day. He was shutting down. The public school system was not working for him. There was just too much sensory input on a daily basis. So, I've home-schooled him since the third grade. Last Fall, he decided to take a couple of classes at the public high school: debate and choir. It went so well, and he was so well received by the other students and the teachers, he decided to transfer over completely this semester. So, first to see him step out of his box and take the two classes last semester was huge. Then to see him jump feet first into the deep end, as a junior (he's age-appropriate for sophomore) was even huger. So, when his name was called for that award ... his peers voted him #1 novice ... I nearly cried.

He has come so far.

I love my kids, and I love the people who reach out and touch their lives in a positive way. 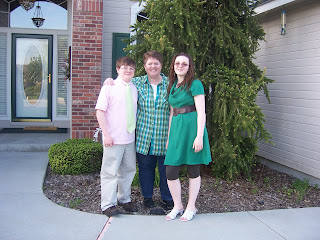 What's one way someone else has positively influenced your life or the life of your child?