There are books, websites, posters, note cards, and bookmarks dedicated to them.

Why are they so important? Why do we care who said what and why?

Well, first, quotes are important because they provoke us and mesmerize us. They make us consider the words uttered. 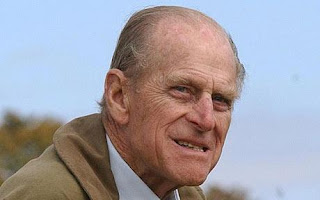 PROVOKE: "If you stay here much longer, you'll all be slitty-eyed," Prince Philip said to a group of British exchange students in China during 1986.

Why does this quote matter? It was said twenty-five years ago. Should we just forget about it? Does it matter MORE that a "prince" said these words than if a middle class man in the U.S. said them? Does it matter that in 2011 Prince Philip went on to say (regarding this quote), “I'd forgotten about it. But for one particular reporter who overheard it, it wouldn’t have come out. What’s more, the Chinese weren’t worried about it, so why should anyone else?” (source: www.telegraph.co.uk)

And, it's a relevant quote, because it provokes discussion.

MESMERIZE: "Just think of it! You are known and remembered by the most majestic, powerful, and glorious being in the universe. You are loved by the king of infinite space and everlasting time. He who created and knows the stars, knows you and your name. You are the daughters of his kingdom," Dieter F. Uchtdorf said to the women of The Church of Jesus Christ of Latter-Day Saints in 2011. (source: www.lds.org)

Why does this quote matter? Does it matter that it was said to a group of Mormon women? Would it matter more if it were said by member of NASA? Or your mother?

And that is why writing and speaking are so important. Words carefully chosen for clarity, tone, meter, and audience result in a thought provoking and/or mesmerizing quotable phrase.

Do you have a favorite quote? Is it provoking or mesmerizing?