Bring You to Your Knees!

Well, to say I've been distracted by my daughter prepping for volleyball tryouts would be a ridiculous understatement. So many other responsibilities have slid, simply because I'm too emotionally invested in her success - uh, happines - uh, well being - uh, future - uh, everything!

For those of you who've been keeping up, you already know that she needs to run a mile in 7minutes 45seconds (the coach added 15 seconds) to be considered for the varsity team. She's very physically fit, but she's not a runner. So while training to meet this goal, we've run (haha pun intended) into some issues. Namely: her knees. 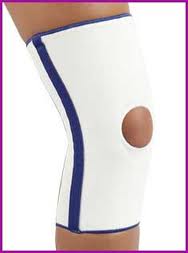 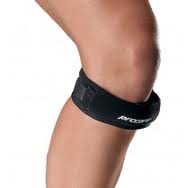 Interestingly enough, the band (the last two pictures) which apply pressure to the tendon have helped the most. Plus, she is alternating ice and heat at home, and she's been working on strengthening her thighs and butt muscles.

She'd be fine on the junior varsity team, but she wants to make the mile time for varsity.

So - please - think positive thoughts for her and excuse my blog neglection. Next time you hear from me ... we'll be done with tryouts. *sigh*

How about you? Are you emotionally invested in your children? What defines: TOO invested?