In 2011, we added a sweet little puppy (named Rascal) to our family. He's the little white dog next to the giant black dog (named Sabbath): 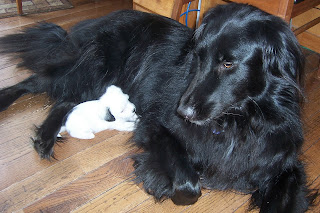 Now, almost two years later, he's not as "white" as he once was, but he's a cute little stinker. He's half Beagle, and he puts that nose to the ground whether it's covered in snow or not! 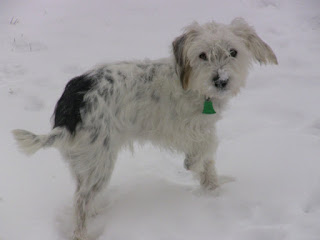 Our big giant black dog has been very patient. Rascal is the true definition of an "ankle biter." He's is constantly grabbing at Sabbath to get him to play and chase him. 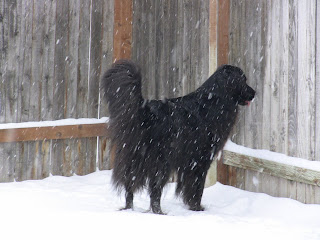 And Sabbath does love to give chase. In the picture below, he's launching off his hind legs to run along the fence. He loves barking at the neighbor's dogs (don't worry, we're friendly with them, and have a mutual agreement about barking and when it's acceptable!). If you look closely, Rascal is a little white blur near Sabbath's tail. He always wants to play. And watching these two chase each other around the backyard is quite entertaining. 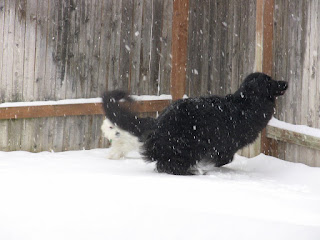 Do you have dogs? Do you wish your neighbors' dogs would stop barking?

Email ThisBlogThis!Share to TwitterShare to FacebookShare to Pinterest
Labels: dogs