While camping last week, I read GRIEF COTTAGE by Gail Godwin, and it was fantastic! Scroll down for my full review AND enter to win a hardback copy for yourself! (Hurry, giveaway ends on 6/15/17.) 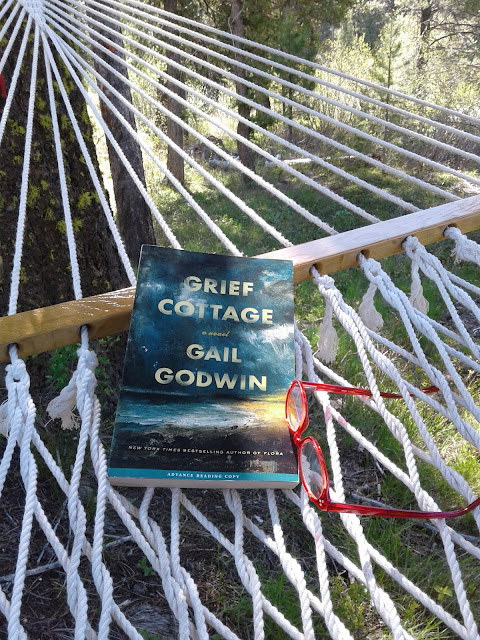 
Description from the publisher
In the novel, Godwin tells the story of Marcus Harshaw—a precocious child who, following the unexpected death of his mother, finds himself in the care of a reclusive aunt on an island off the coast of South Carolina.

Marcus spends his days busying himself with errands and watching over the sea turtle eggs expected to hatch soon. But the highlight of each day is his trip to Grief Cottage, a home abandoned and left to ruin following a hurricane years earlier. Marcus, in the midst of grieving his mother and acclimating to his new life, is drawn to a presence there. He sees a young boy inside the cottage and innately understands theirs is a fragile and unusual relationship, not to be shared with others.

Aunt Charlotte has been living alone for many years in a small renovated beach shack making a living painting the local landscapes, many featuring Grief Cottage, and selling them to wealthy patrons. Her solitary life is jarred when Marcus arrives and her complicated history creeps into her present. She fights to keep the memories at bay, retreating to her studio with bottles of wine for hours every day.

As Marcus meets more people on the island, clues about the boy at Grief Cottage surface and his interest in connecting with the boy intensifies. At the same time, while unpacking mundane remnants of his past from cardboard boxes, he is unearthing the life his mother led with and without him. Every person in Marcus’s world has secrets, and his connection to the boy at Grief Cottage is one of his own.

About the Author
Gail Godwin is a three-time National Book Award finalist and the bestselling author of more than a dozen critically acclaimed books, including Publishing, a memoir, and the novels Flora, Father Melancholy's Daughter, and Evensong. She has received a Guggenheim Fellowship, National Endowment for the Arts grants for both fiction and libretto writing, and the Award in Literature from the American Academy of Arts and Letters. She lives in Woodstock, New York. 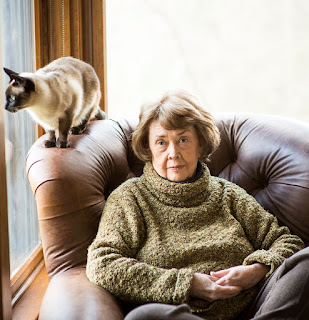 GRIEF COTTAGE is a well-written exploration of life as the characters deal with loss and cultivate relationships. The layered repetitiveness within Godwin's writing served a dynamic storytelling purpose, reconnecting the reader with important points. The pace of the plot allowed time for terrific character development.

On a side note: When I speak to writers at workshops and conferences, I'm often asked, "Is the age of the main character the determining factor of whether or not a book is classified as a young adult novel?" The answer is no, and GRIEF COTTAGE is a perfect example. This book is targeted at the adult market, not the young adult market, even though the main character is eleven years old. Why? Because the narrator of the story is an adult looking back, using adult language (in description and tone) and reasoning as he does this. This is not a YA or MG novel for that reason.

Here are a few lines that show the adult tone of the book rather than the youthful and often immature mindset of an eleven year old boy:

"She also had linkups to local and online art galleries who liaised between her and potential buyers and charged finders' fees. As I didn't pine for it, she continued not to have cable television." (page 44)

"I did worry about the state of Aunt Charlotte's sheets inside the off-limit studio, but refrained from inquiring." (page 187)

My favorite passage from the book:
"'What's so sad?' I asked. 'When we don't realize how remarkable someone is while they're still with us. Then after they're gone we wish we had told them, but when they were around we didn't know yet.'" (page 293)

And finally, I must say, the final cover design is breathtaking. 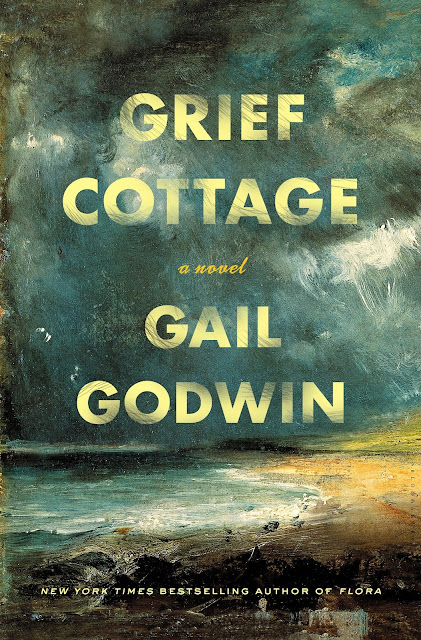 You can find more information about Gail Godwin, including her tour schedule on her website: http://www.gailgodwin.com/appearances.php 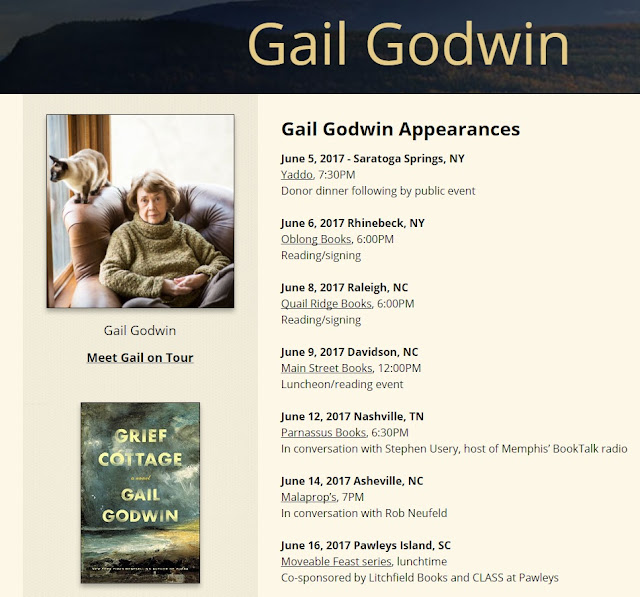 [Thank you to FSB Associates for providing me with a copy of GRIEF COTTAGE for review and giveaway. This in no way influenced my opinion and review of the book.]