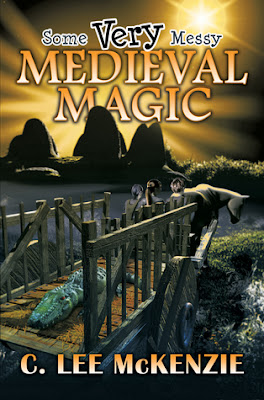 available for pre-order now from Amazon
publish date: May 15, 2018

Description from the publisher:
Pete and his friend Weasel thought they'd closed the Time Lock. But a young page from medieval times, Peter of Bramwell, goes missing. His absence during a critical moment will forever alter history unless he's found.

There's only one solution - fledgling wizard Pete must take the page's place. Accompanied by Weasel and Fanon, Pete's alligator familiar, they travel to 1173 England.

But what if the page remains lost - will Pete know what to do when the critical moment arrives? Toss in a grumpy Fanon, the duke's curious niece, a talking horse, and the Circle of Stones and Pete realizes he's in over his young wizard head yet again. 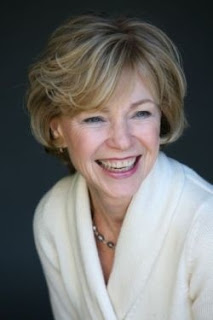 About the author:
In my other life--the one before I began writing for teens and younger readers--I was a teacher and administrator at California State University, San Jose. My field of Linguistics and Inter-cultural Communication has carried me to a lot of places in the world to explore different cultures and languages. I can say, “Where’s the toilet?” and “I’m lost!” in at least five languages and two dialects. Go ahead. Pat me on the back.

My idea of a perfect day is one or all of the following: starting a new novel, finishing writing a blockbuster novel, hiking on a misty morning trail in the Santa Cruz Mountains, saying Namaste after a great yoga practice, sipping a cappuccino topped at a bustling café, reading in front of a fire with snow outside, swimming in an ocean someplace.

My review of the book:

Some Very Messy Medieval Magic by C. Lee McKenzie is a well-written whimsical romp, following novice-wizard Pete and his best friend Weasel through medieval England as they struggle to save lives and protect the timeline to ensure they return to the future they hold dear.

I really enjoyed this middle-grade adventure! While it is the third book in a series, and I had not read the previous books, I was able to follow the plot and character arcs seamlessly because McKenzie did a terrific job of weaving backstory details throughout the book. For example, at the very beginning it’s explained, “Wraith, who wasn’t really a bad guy, just a menace of a teacher, had followed Pete and Weasel back from their last time trip.”

The story started off immediately with quirky character names, hinting that this would be a fun read. Names like Dr. Dread Wraith, Weasel, Stiltencranz, and more. Plus, there was the fact that instead of a stereotypical cat as a magical sidekick, Pete had an alligator for his guide.

Some of my favorite lines from the story include:

“With hands the size of baseball mitts, the man gripped Pete by the shoulders.”

“In this century he was a wimp who couldn’t ride a horse or do anything a page should know how to do. In his own century he was a so-so wizard with a straight C-minus average in school. He needed to learn some of the right skills to get him through both centuries.”

“Mellie stretched out her long legs and sped down the road. She tried to outdistance the creatures clawing at them and darting at their heads with sharp beaks and claws, but she’d no sooner go round a bend and start down an empty piece of road than more horrors clutched at them.”

“The trip back through nearly a thousand years took about as much time as one hop of a swamp toad.”

I recommend this book to fans of middle-grade fiction. Some Very Messy Medieval Magic by C. Lee McKenzie is an addicting adventure with quirky characters and magical mysteries.